Brother Mel Meyer has touched countless people through his art. As a practice Brother Mel never named his art, nor did he document the inspiration for his pieces. Having produced over 10,000 pieces of art it is easy to understand why. Brother Mel lived an inspired life and inspired the world around him.

This piece is a tribute to Brother Mel’s work. It is a style that anyone familiar with his work would recognize. It is brightly colored, something Brother carried through in so many of his pieces. More importantly Brother Mel and his work is what inspired the vision for the Bee Cave Sculpture Park. It is only fitting that a permanent piece resides here as a tribute to his life’s work. It will undoubtedly inspire the hearts and minds of everyone that experiences it. 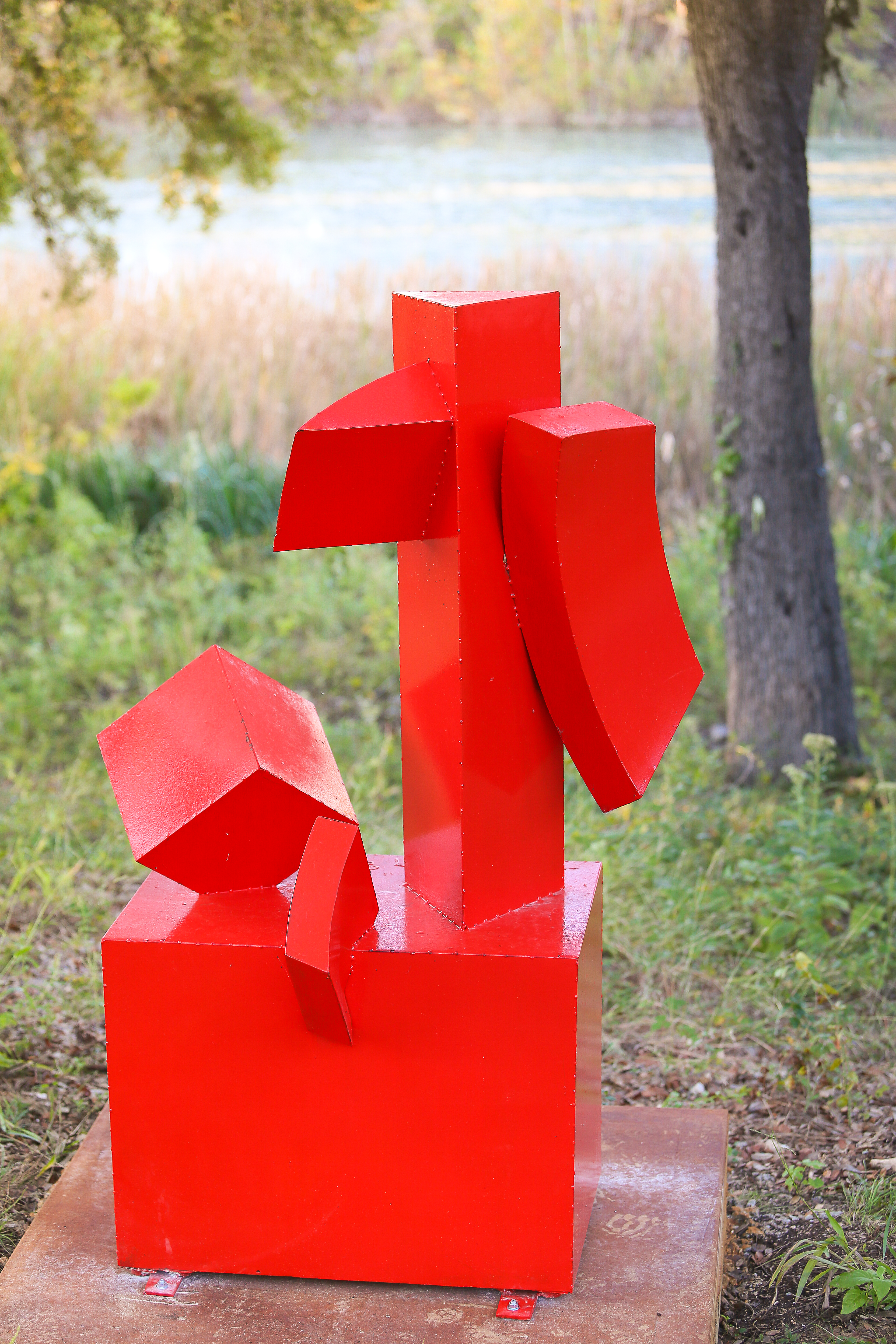 Here is a little more about Brother Mel…

Brother Melvin Meyer, S.M. started teaching art at Central Catholic High School in San Antonio, Texas, in the 1950s and for a time at Chaminade Prep and McBride High. He finished at McBride in ‘57 and then went to Europe for a year, to study art, covering 14,000 miles in nine countries on a motor scooter.

As a talented young artist, he was selected to work with “Yoki” Aebischer in Fribourg, Switzerland and Jacques le Chaveillier in Paris, France during 1958. In 1960, he earned his Masters degree at the University of Notre Dame, studying under internationally renowned artists Ivan Mestrovic and Jean Charlot.

Today, Brother Mel’s work not only reflects numerous travels, but also an ever-expanding ability to create art in a variety of media. While metal sculptures are his current medium, he’s at home producing stained glass, watercolors, wall-hangings, frescos and handmade paper. Since 1968 he’s been operating from the Vianney High School campus in Kirkwood, MO after converting an old farmhouse on the property into his studio and showroom. It’s now surrounded by a spectacle of 180 of his sculptures, and listed as one of the area’s hidden secrets on the Travelocity.com.

Brother Mel has produced about 10,000 works of art. They sell for hundreds to thousands of dollars. Some projects run into the six figures, he acknowledged. The money goes to the Marianist order to further its religious mission.

To learn more about Brother Mel and his work, please visit his website.

This sculpture was a donation by Chad, Jamie, Brooklyn and Cooper Bockius.