“The Ann W. Richards Congress Avenue Bridge is home to the world’s largest urban bat colony which is composed of Mexican free-tailed bats. The bats reside beneath the road deck in gaps between the concrete component structures. They are migratory, spending their summers in Austin and the winters in Mexico. According to Bat Conservation International, between 750,000 and 1.5 million bats reside underneath the bridge each summer. Therefore, there are more bats than people in Austin during summer.” 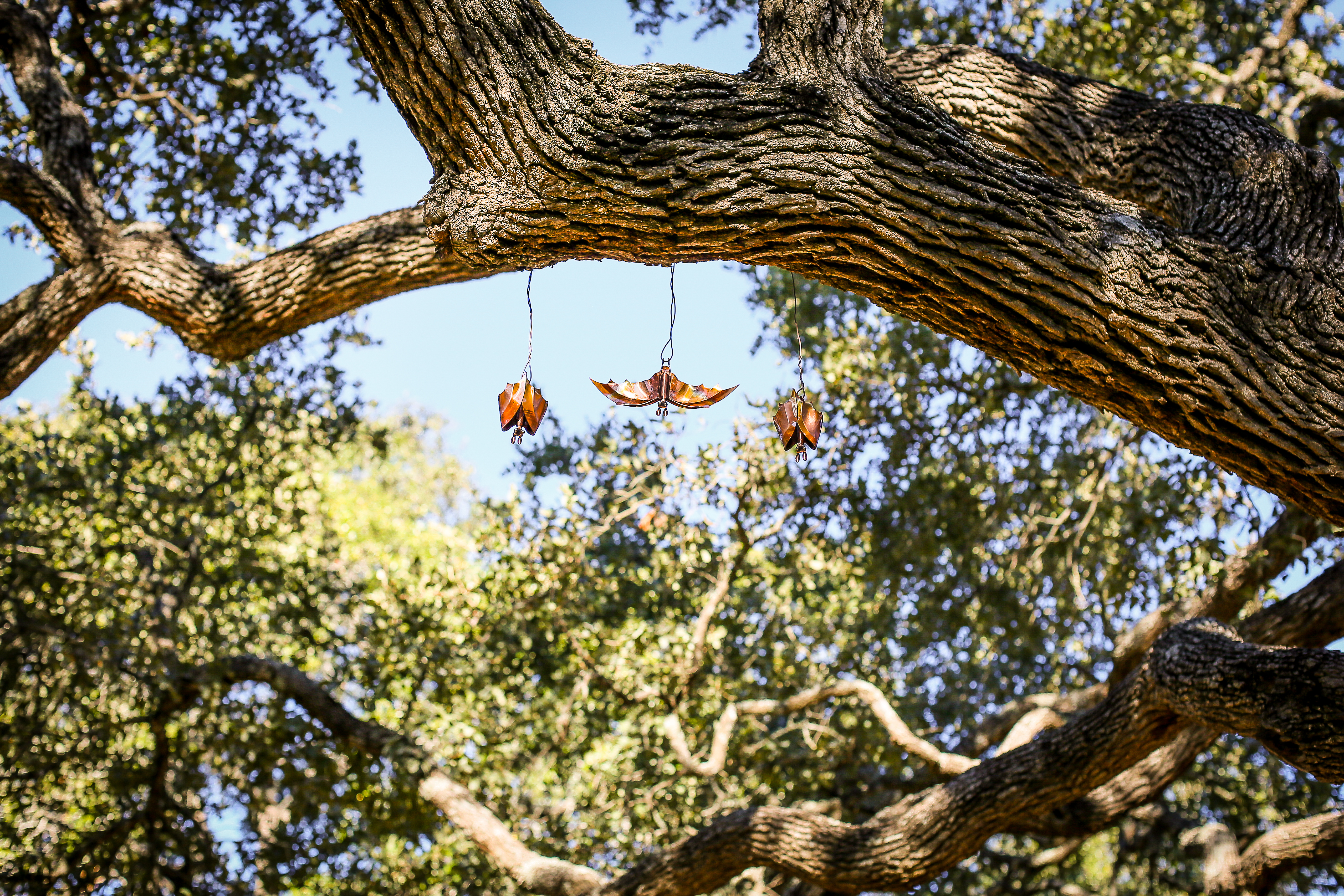 To pay tribute to Austin’s famous insect catchers we’ve added three small copper bats to the park. They are lifelike in size and the installation mirrors how they spend most of the day. We encourage you and your children to explore the park and find our three little friends.