GiGi Miller is a local artist that has been influenced both locally and internationally with her art.

Leap of Faith is a large mosaic sculpture created as a tribute to one of my greatest inspirations, Antoni Gaudi, and to our Creator. Gaudi’s beautiful works, which are often adorned with brilliant mosaics, can be found throughout Barcelona and the surrounding area. For the Bee Cave sculpture park, I created a whimsical gaudy leaf frog with blue morpho butterfly wings. This mosaic sculpture is a fun combination of two of my favorite creatures. I am inspired by the colors present in God’s natural creation, and these critters possess the vivid colors that send my soul soaring. It is constructed of concrete and steel and is covered with ceramic tiles that I handmade.

I am a child at heart, so I hid tiny sculptural icons (some of which were created by my own children) throughout the mosaic in order to create an interactive game of I spy. My hope is that the sculpture is as fun to look at from close up as it is from afar and that it will create a sense of fun and discovery each time it is visited.

I am donating Leap of Faith to the Bee Cave Sculpture Park with the desire to fill children, and the young at heart, with a sense of inspiration, wonder and beauty. 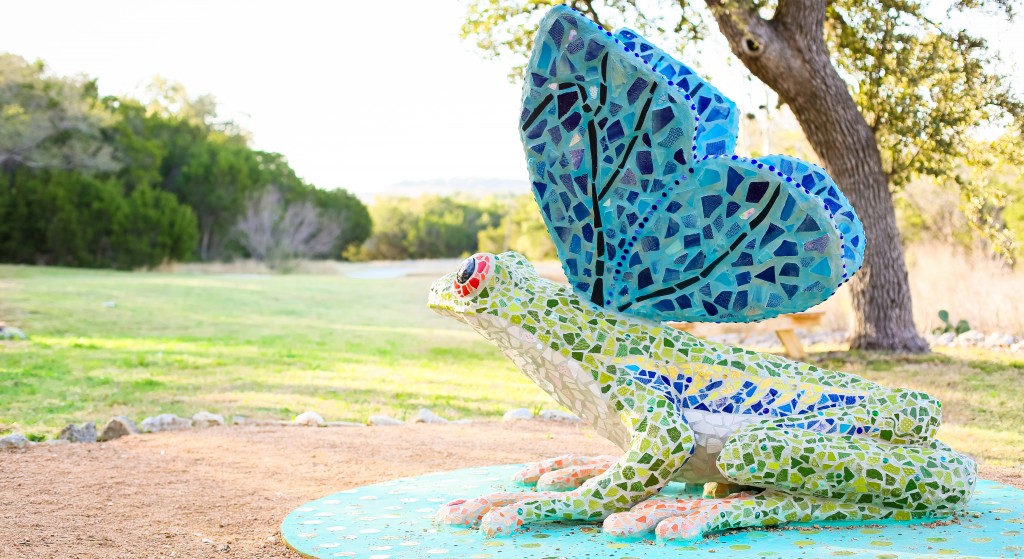 Here is a little more about GiGi…

GiGi Miller is a mixed media artist, mother, and nature lover living in Austin, Texas who seeks to bring happiness and beauty to the world through her imaginative creations. GiGi accomplishes this by creating aesthetically pleasing art that is inspired by the classics, and also by creating playful and whimsical art that feeds the imagination. Some of her greatest classical influences include Raphael, Botticelli, Bernini, Canova, Gerome, and Bouguereau. She also finds inspiration from surrealist artists like Bosch, Dali and Magritte. Her favorite architectural style is Modernisme, especially the works of Gaudi.

Throughout her life, GiGi has spent countless hours enjoying and observing nature, which is a constant source of inspiration for her themes. From a young age, her parents’ love of travel exposed her to many interesting cultures and to fine art museums around the world. Though she has been painting since she was a young girl, she is not bound to any particular media. GiGi loves the creative process in general, whether she is painting, sculpting, working with mosaics, producing a multimedia installation, or taking photographs. At this point in her life, as a mother of young children, GiGi has decided to focus primarily on mosaic sculpture installations because it invites hands-on participation from the entire family.

GiGi received her Bachelor of Fine Arts degree from The University of Texas at Austin in 2003. Since then, GiGi has continued to develop her art skills by studying with respected artists. Beginning in 2010, GiGi spent over a year studying under famed realist painter Graydon Parrish in the classic atelier method. In 2011, GiGi completed a mosaic installation workshop with community art visionary Isaiah Zagar in the Bay Area.

GiGi has historically produced her art in her home studio, but she has opened a commercial studio and gallery just outside of Bee Cave, TX where she has lived for the past seven years.

For more information about GiGi and her studio, please visit her website.

This sculpture was a donation by GiGi Miller. 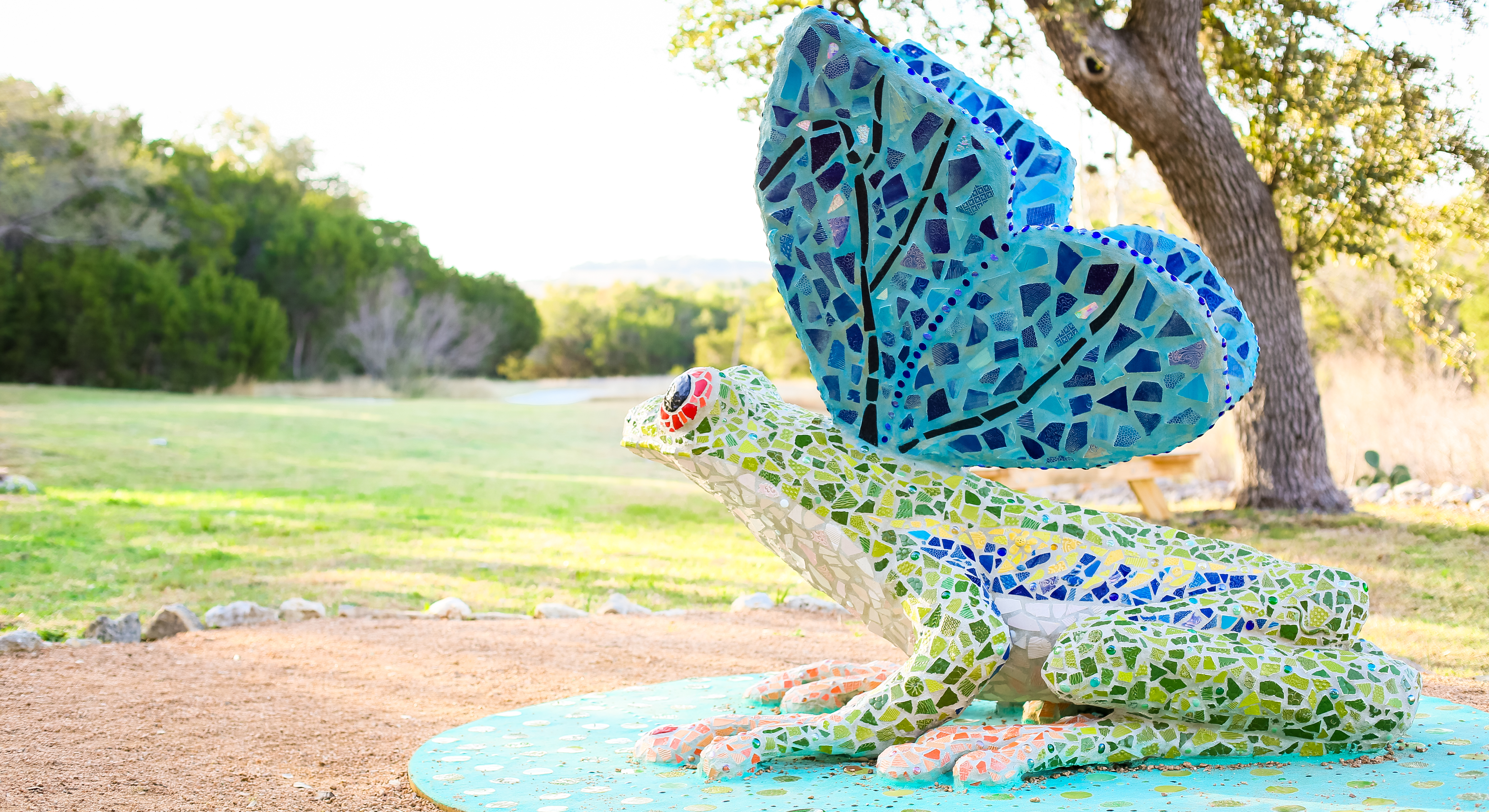