Tree Hugger was originally commissioned by the City of Austin, Art in Public Places for the TEMPO Art Program. The design was inspired by nature, intended to reference a leaf. The inviting, eleven-foot, cedar wood sculpture appears to embrace viewers as they look through the interior to the other side. 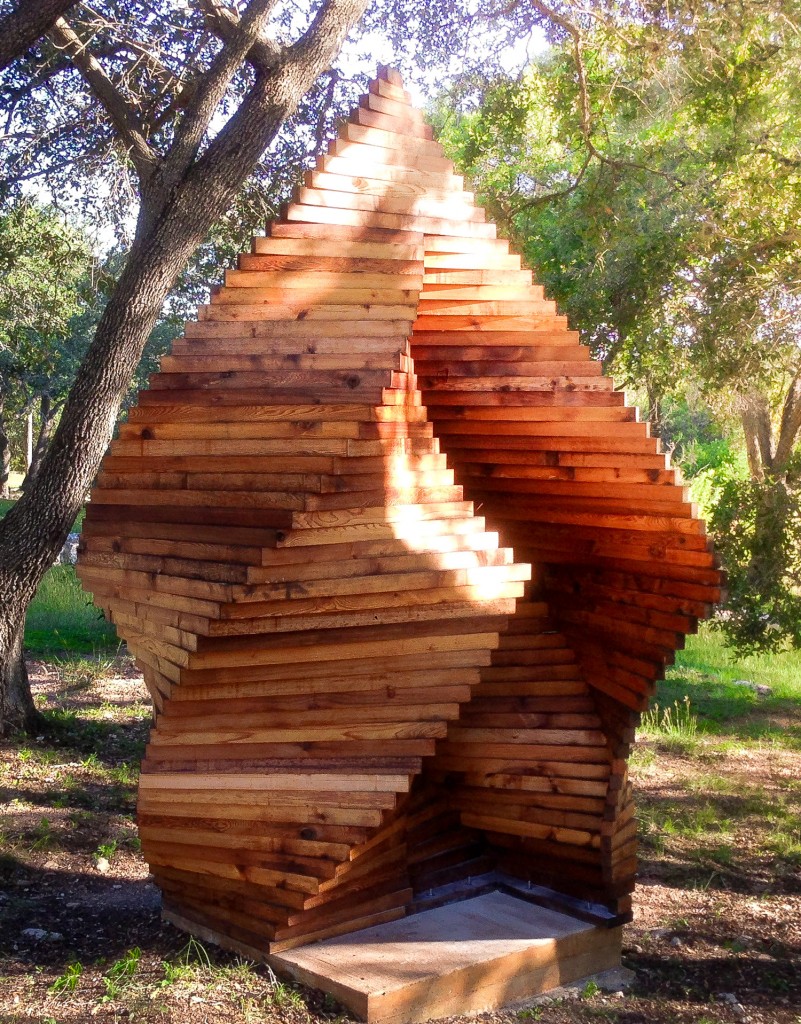 Check out the video below to hear Brent talk about Tree Hugger:

Here is a little more about Brent Baggett…

Brent was born in rural, Western Kentucky. As a boy, he spent years playing in the woods and fields of the neighboring farms. His love for making objects can be attributed to his “tinkering” in the fully equipped family workshops of his father and grandfather. The natural beauty of Kentucky and the “Do-It-Yourself “ attitude of rural Kentuckians still has an impact on Brent’s artistic sensibilities and motivation.

Since leaving Kentucky in 1997 he has lived in Minneapolis, Minnesota, Providence, Rhode Island and now has settled in Austin, Texas where he works at Austin Community College as an Art Professor and professional Artist.

The Tree Hugger sculpture is available for sale. The price is $8,500 with a portion of the proceeds benefitting The Bee Cave Arts Foundation. To learn more about Brent’s work, visit his website. 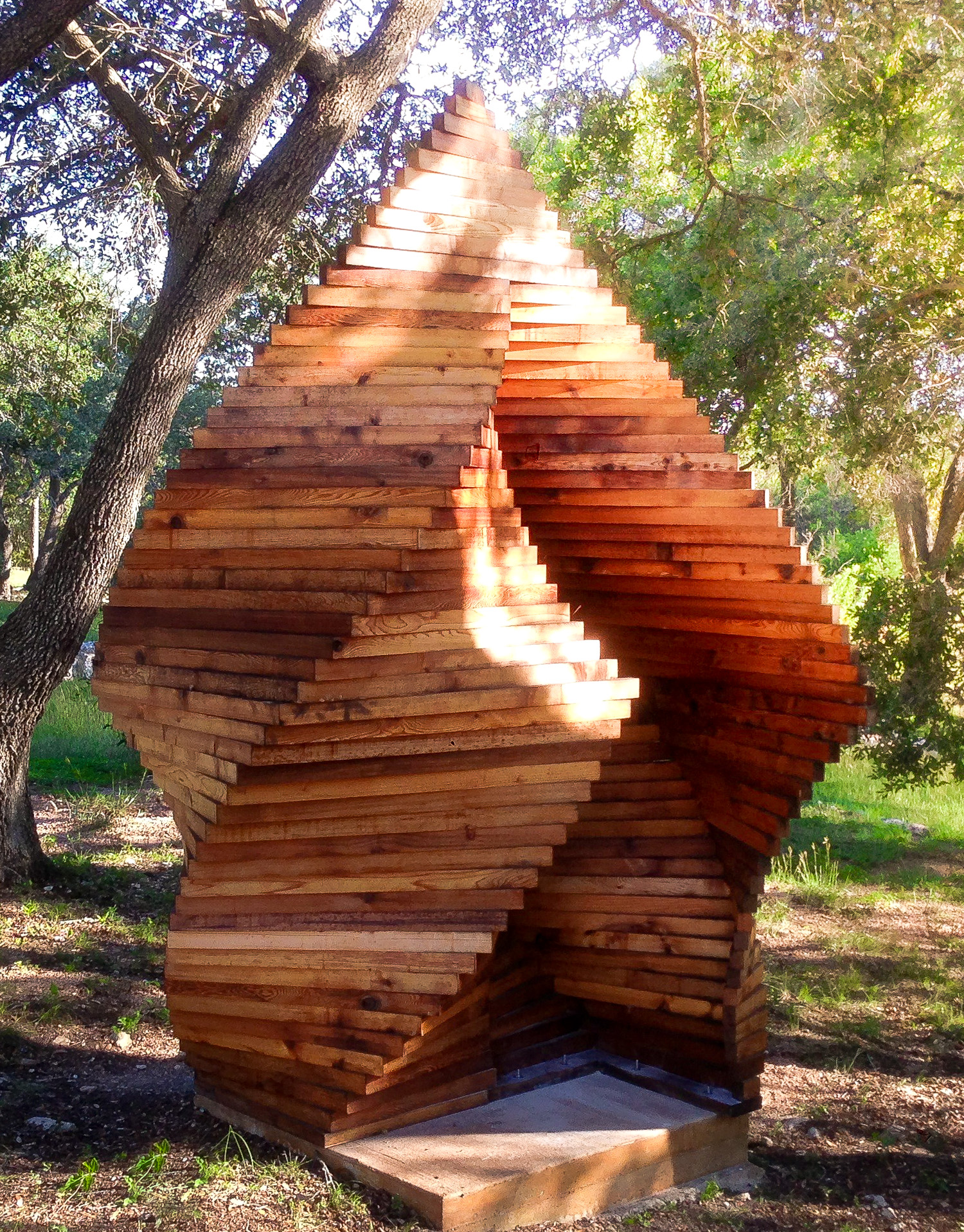