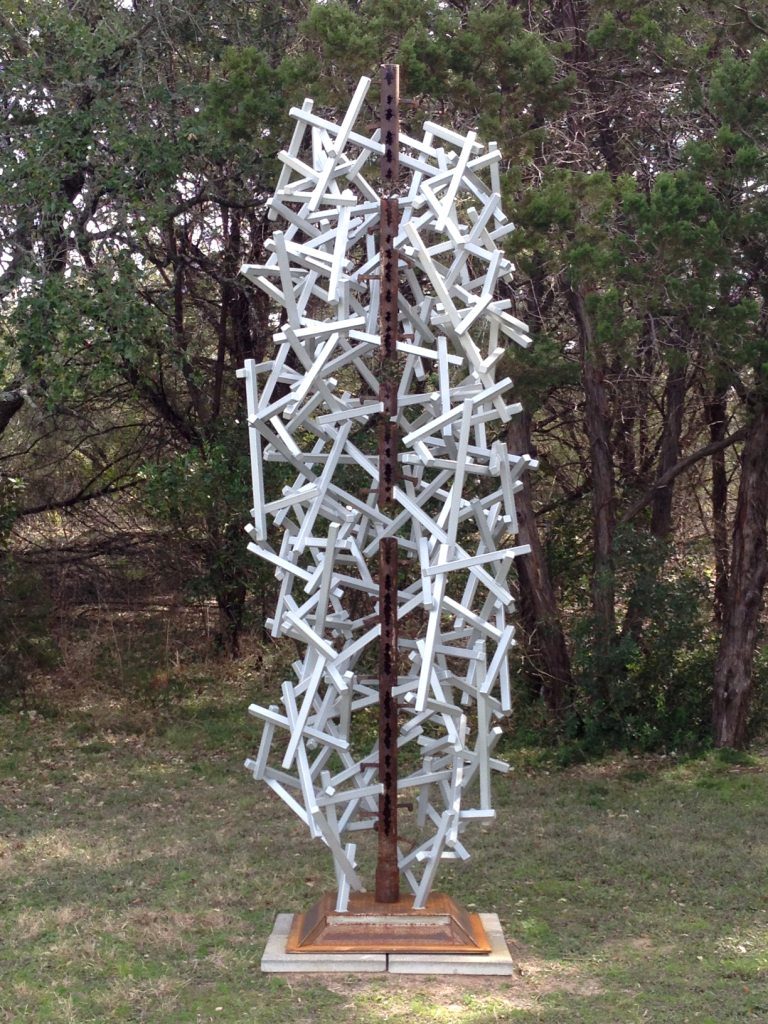 Jonathan was born in San Diego and spent most of his youth challenging the outdoors in the mountainsides and oceans of Southern California.  His early drive for constant exploration and his passion for collecting curious objects along the trails or behind fallen structures are still widely evident in his fascination of both nature’s beauty and it’s wreckage.  The opportunities and building lessons he and his siblings earned through assisting their father in one project or another, was paramount to Jonathan’s understanding of himself, his direction, and his life’s ambition to always create.  He resided in the San Diego area until finishing his art degree in sculpture at SDSU, he then relocated with his fiance back to her roots in Texas to start a family.  He and his beautiful wife and two awesome boys have recently moved locally to Spicewood, where he continues to scavenge for objects, explore materials, and create sculptures that he hopes to see more of in the public realm.

‘Source’ was built as a symbol and tribute to the brave oil pioneers and the pivotal advancements the energy source has provided mankind.  As the 11.5 ft steel sculpture’s pipeline rises from below, early traces of industrial progress overcome decline and ruin, while separation in its ascent upwards surrenders to overall alignment. Also signifying hope for our collective future, a force-like web of united steel ‘energy’ emanates from around the column.

Space can be considered as “necessity for sculpture”, it is where we create and bridge both objects and emotions …a setting to echo the experiences and ever-changing relationships that transpire between process and materials.  Jonathan’s artworks are an introspective collaboration between the two.  Often his sculptures converge his proclivity for intuitive discovery with the very objects or materials that he finds at random and repurposes; merely extending and altering their initial discovered state to that of another, usually with an infrastructure stemming from his fascination with ferrous metals.  He also appreciates the freedom his building processes allow, that not only help strengthen the creative harmonies in his work, but give him opportunities to resolve more challenging situations through what he regards as continuous ‘mental sketching’.  Through Jonathan’s disciplined artistic direction towards impulse, spontaneity, and a profound hunger for explorative challenge, sculpture is his release in three dimension.

The sculpture ‘Source’ is available for sale.  The price is $44,000 with a portion of the proceeds benefiting The Bee Cave Arts Foundation.  Contact the artist directly if you are interested in acquiring the artwork or to learn more about Jonathan’s work, visit his website. 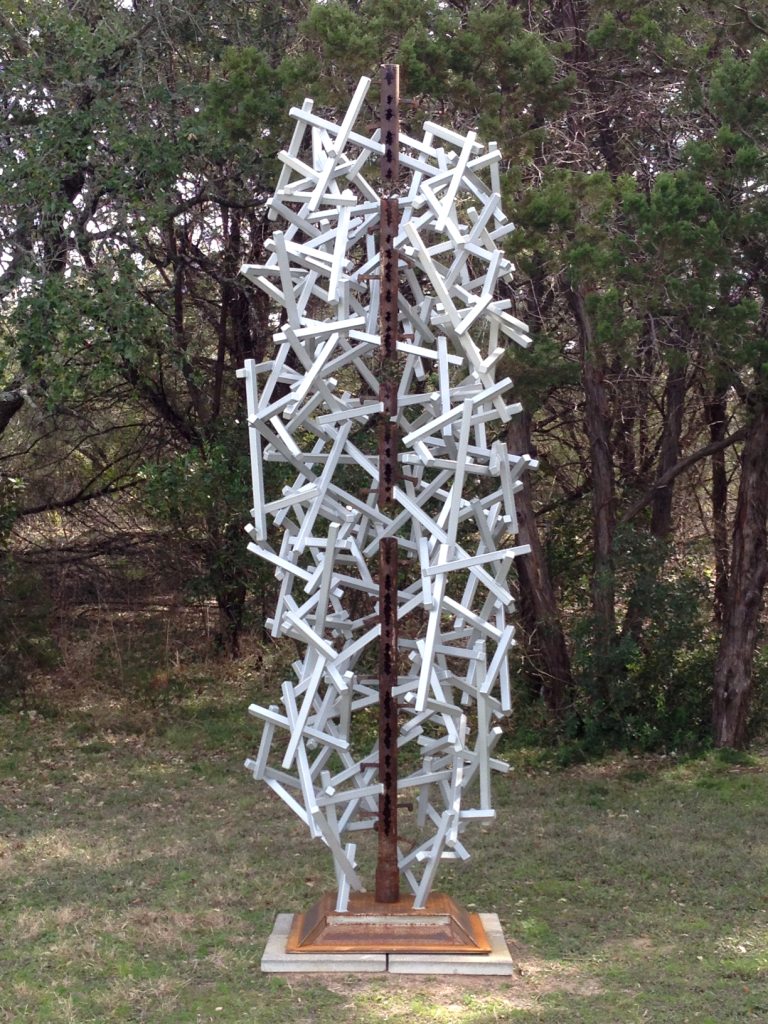