Itsik Benshalom was born in 1945 in Hadera, Israel, where he later lived with his wife Hannah and their children. Prelude features two abstract, entwined figures with featureless faces. The female has angular breasts and curved belly, suggesting pregnancy. The surface of the sculpture is rough and has a beautiful greenish patina. 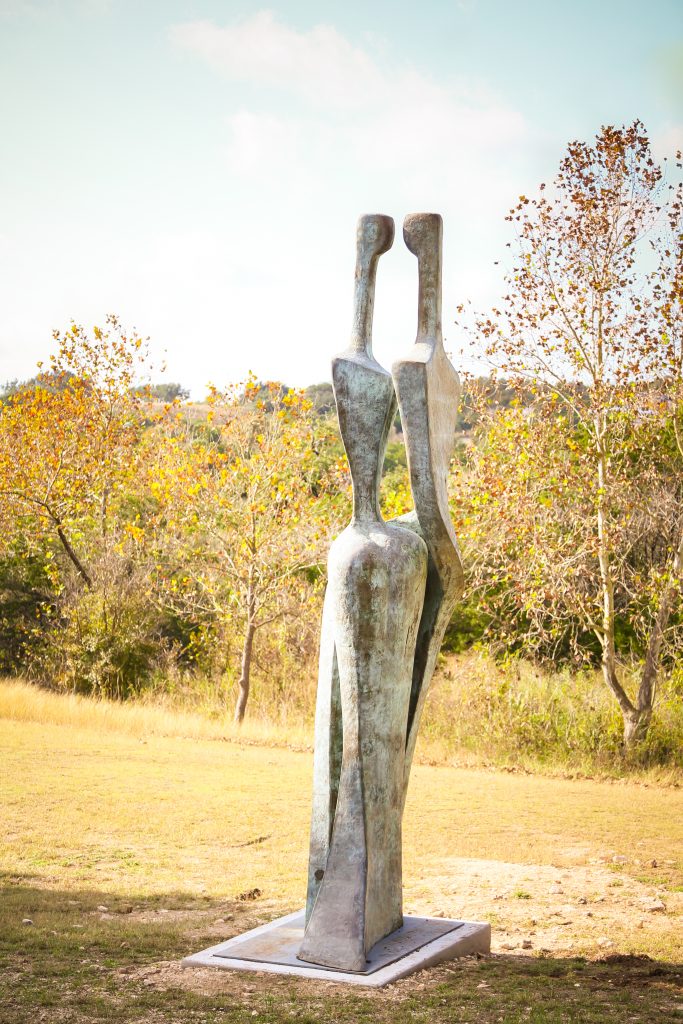 One of his most vivid memories as a child involved a young British Army Officer who gave him a bullet casing. For years he kept that metal gun shell in his pocket.

He used to rub it all the time and instead of wearing it out, the shell developed a platina and luster, the metal fascinated him.

He traveled the world several times; The images he saw in Africa, the raw materials he loaded on his ship, the textures, all stayed with him and he thinks even now, this Israeli sculptor works from those images and textures sub-consciously.

Upon Completing his military service (in the Israeli Navy) he knew he wanted to work with metal. So in 1967, with no formal training, he set up a foundry in partnership with his brother-in-law. There they specialized in the 4000 years old “Lost Wax” method of casting sculpture.

He had worked in the foundry for fifteen years, always working with other artists, following their concept designs. Then one day, he started to sketch a design he had been carrying around in his head for over a year; his excitement grew, his intensity grew, his joy grew and he knew he was a sculptor. The day he stopped doing other people’s work and cast his first bronze, is the day his life began, he says.

Itsik Benshalom sees his work as an attempt to remind people of a more primal form of humanism. In a sense, he sees a need to redefine emotion. “Because my work is my passion, I’m involved with my art every step along the way in casting. I have a passion for life and for what makes the world go round: relationships, man and woman, family; this is what my work is about, my work flows, as life flows. I tell people not to think about my work, if they love it, just love it, that’s what I do.”

This sculpture was a donation by The City of Austin. 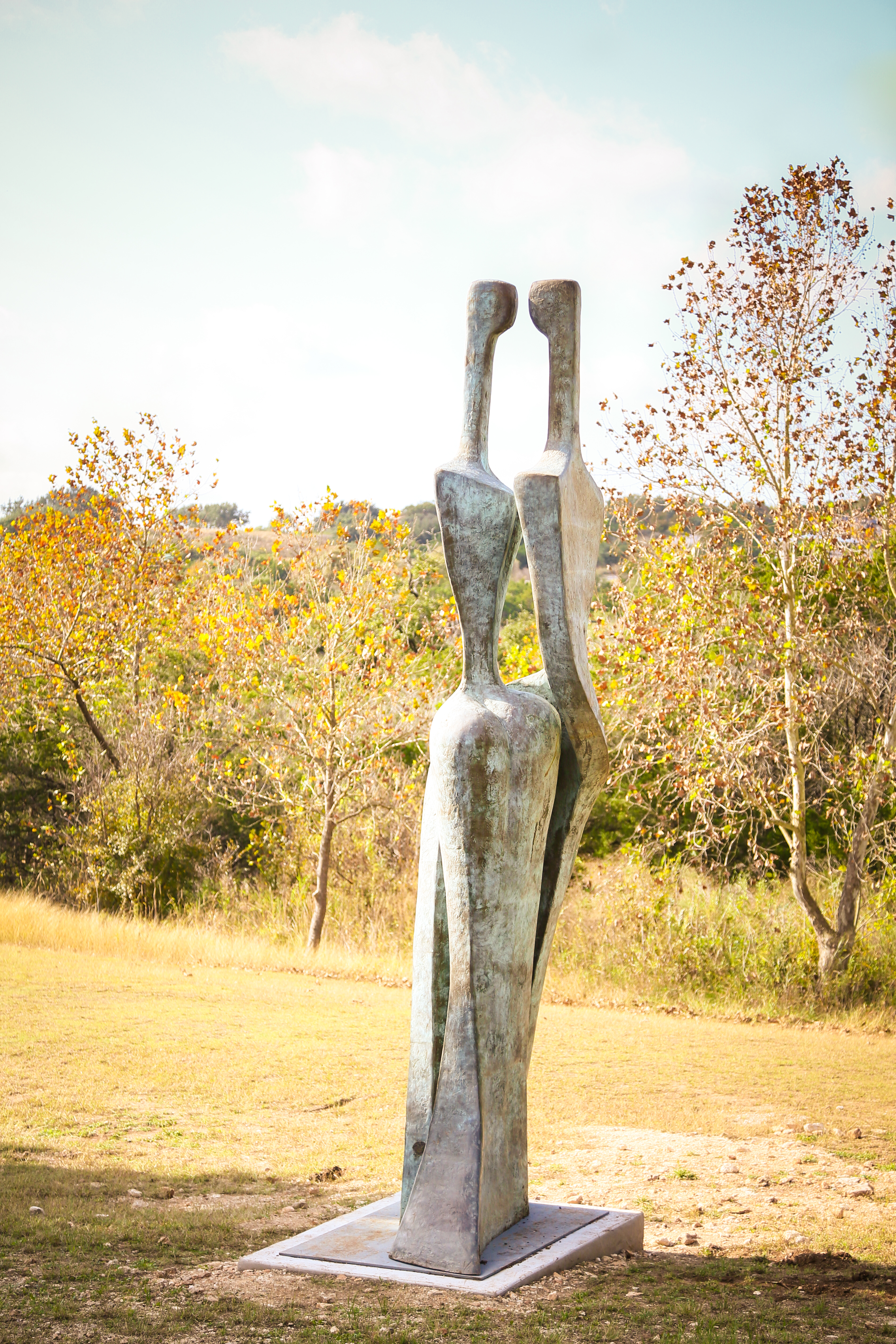